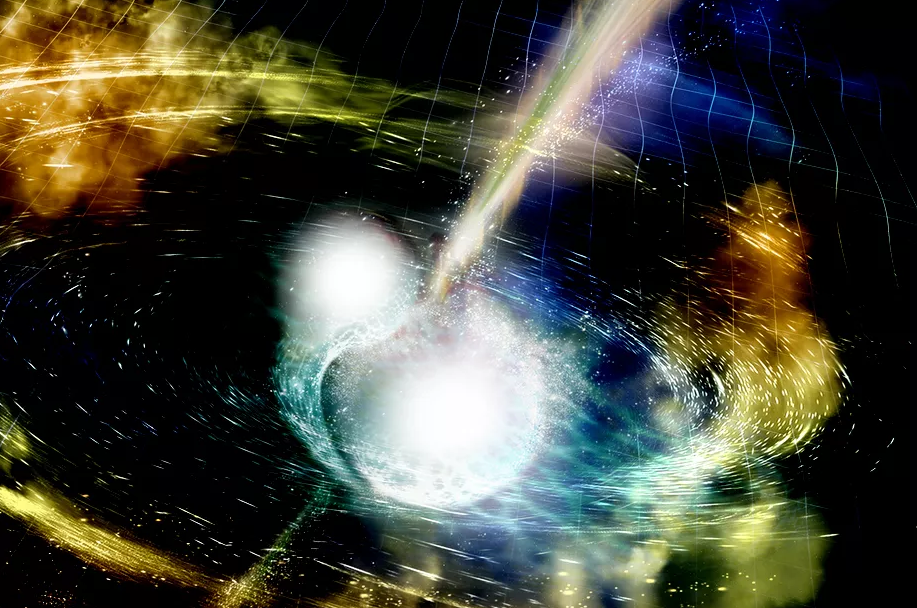 Artist’s illustration of two merging neutron stars. The rippling space-time grid represents gravitational waves that travel out from the collision, while the narrow beams show the bursts of gamma rays that are shot out just seconds after the gravitational waves. (NSF/LIGO/Sonoma State University/A. Simonnet)

The discovery of gravitational waves by LIGO and Virgo has been a revolution event in astronomy and physics. In this talk, I will discuss some of the cyberinfrastructure that is used to explore the universe with gravitational waves, including: the use of large-scale workflows planned by Pegasus and executed using HTCondor; authentication and authorization with SciTokens; use of the Open Science Grid and XSEDE for analysis; and data distribution using CVMFS and StashCache.

The talk will also focus, on recent work done to make LIGO data and analysis available to the scientific community outside of LIGO facilitating reproducibility of LIGO discoveries.

A world-renowned expert in gravitational-wave astronomy and astrophysics, Duncan Brown has been a faculty member at Syracuse University since 2007. He is the inaugural Charles Brightman Professor of Physics in the College of Arts and Sciences, and played a leading role in the Laser Interferometer Gravitational-Wave Observatory (LIGO)’s historic detections of gravitational waves from black holes and neutron stars. Brown is an authority on finding gravitational waves with LIGO and then extracting the physics from these observations. He is an expert in the use of high-throughput and high-performance computing for LIGO data analysis, and led LIGO’s effort to engage with the Open Science Grid (OSG) and XSEDE. In addition to his astrophysics collaborations, he has long-standing collaborations with computer scientists from the HTCondor, Pegasus, and OSG teams. With his LIGO collaborators he shared the 2016 Breakthrough Prize in Fundamental Physics, and the Gruber Cosmology prize for the discovery of gravitational waves. A fellow of the American Physical Society and Kavli Foundation, Brown has received a Cottrell Scholar Award from the Research Corporation for Science Advancement, a CAREER Award from NSF and a Meredith Professor Teaching Recognition Award from Syracuse. He is the author of over 180 peer-reviewed journal publications and his research activities have brought over $8 million of external funding for Syracuse University. Brown earned a Ph.D. from the University of Wisconsin-Milwaukee. He joined the Syracuse faculty after working as a postdoctoral research associate with Barry Barish and Kip Thorne at Caltech. 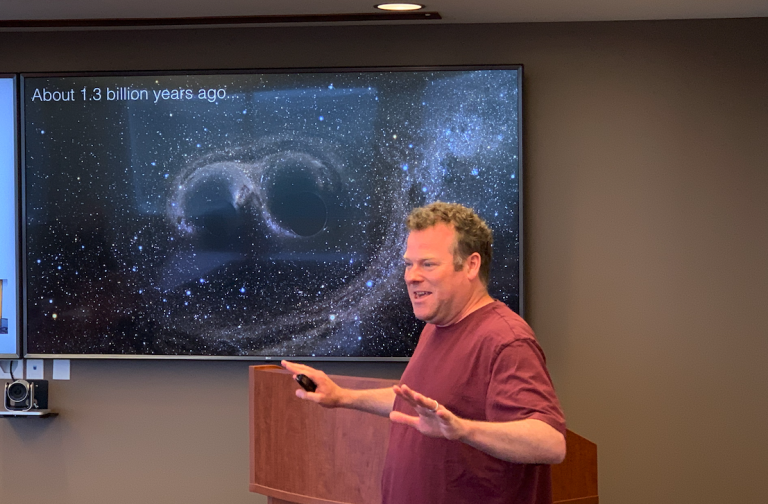 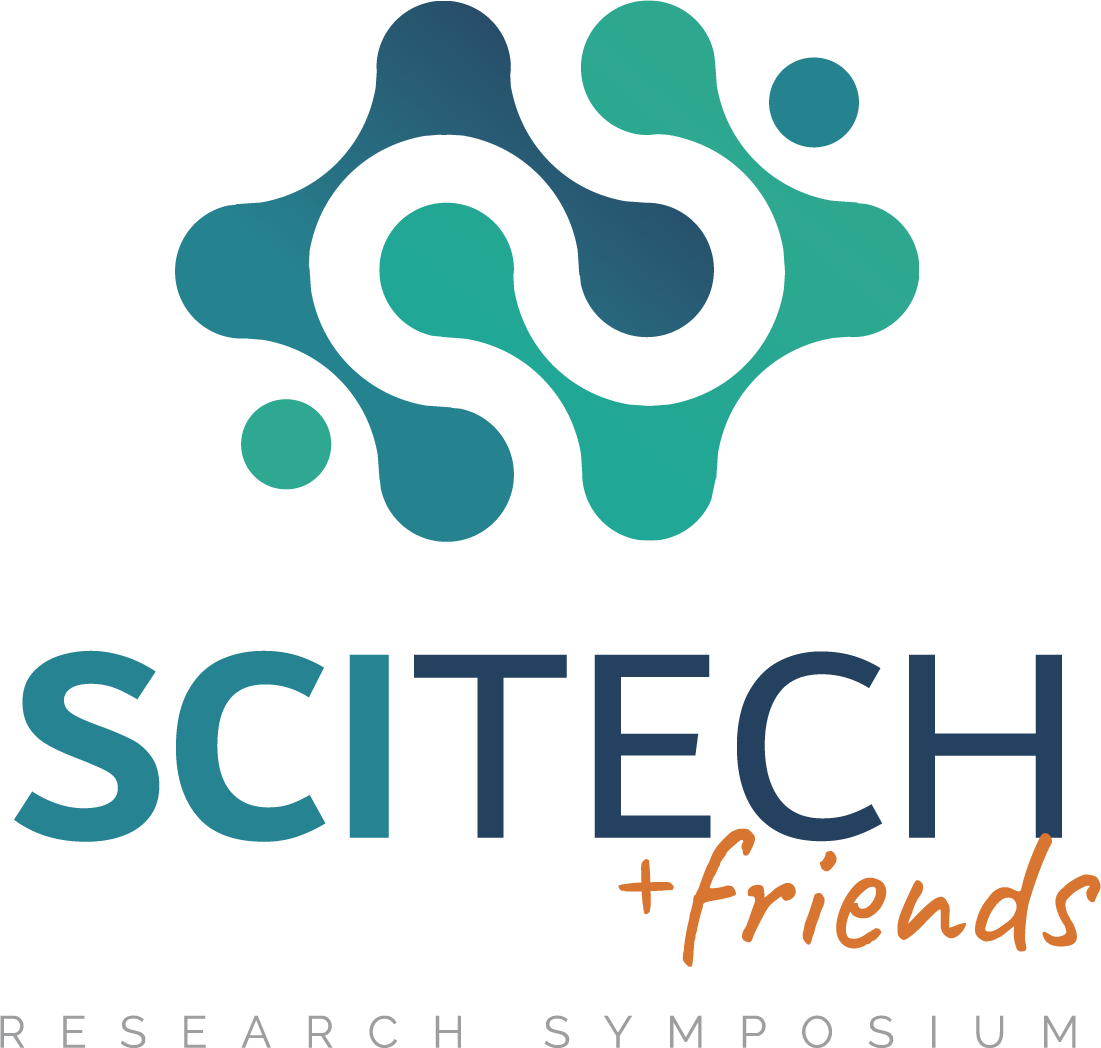